So this week has definitely been more work than exploration.  We've been having issues with our air system that keeps the coach level and with the coach being really hard to start.  It is a big engine and there are three big truck batteries that are used when cranking the engine.  We think we need different type of batteries based on the charging system that keeps both the starting batteries and the "house" batteries fully charged.

Sunday was spent chilling out and getting the motorhome ready to roll. We pulled up stakes in Savannah on Monday to move to Fayetteville, North Carolina. When we crossed into South Carolina they have a huge Welcome sign that looks like the entry to a plantation drive.  As we neared North Carolina we saw billboards for "South of the Border".  A completely self contained motor lodge, amusement park, and the sombrero restaurant.  We arrived at Fayetteville RV Resort and Cottages in the afternoon.  It looks like a nice place. Lots of large sites and a nice walking trail thru the woods. We spent the rest of the day setting up "camp". 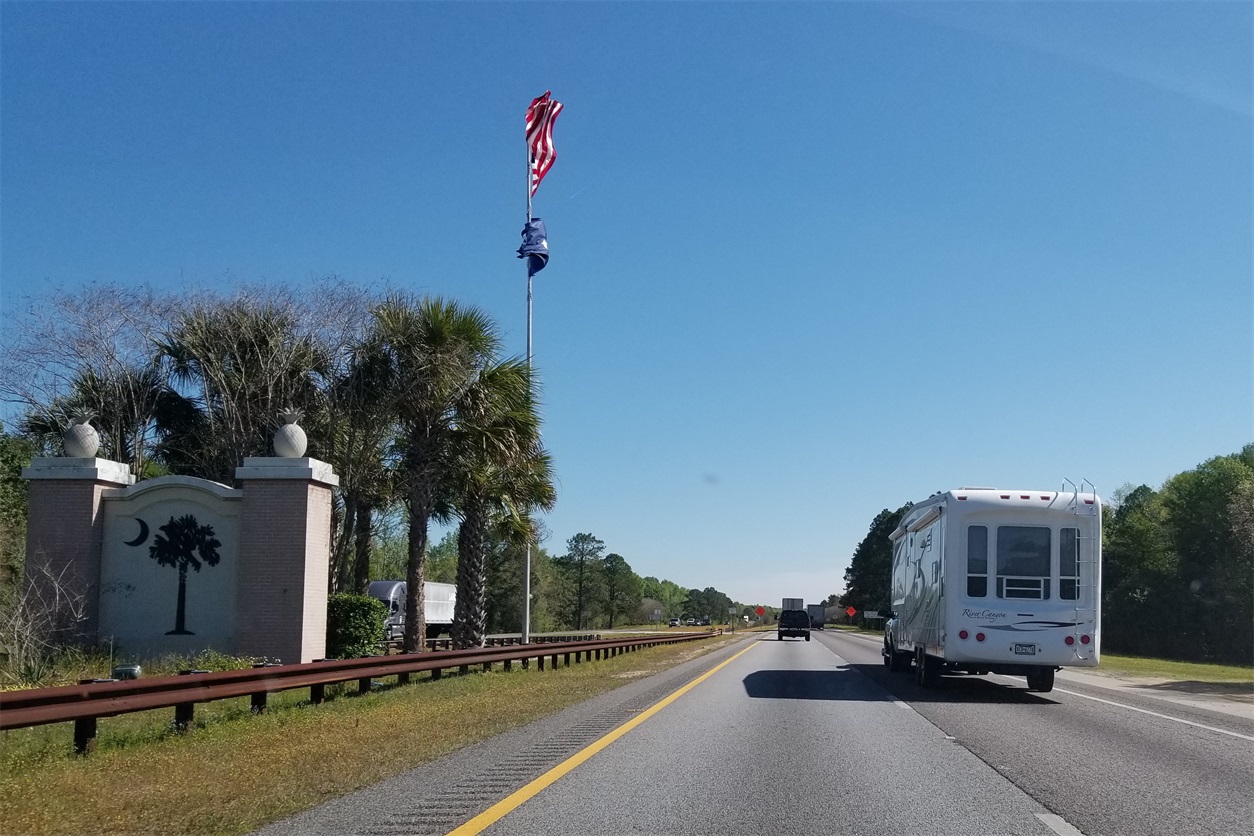 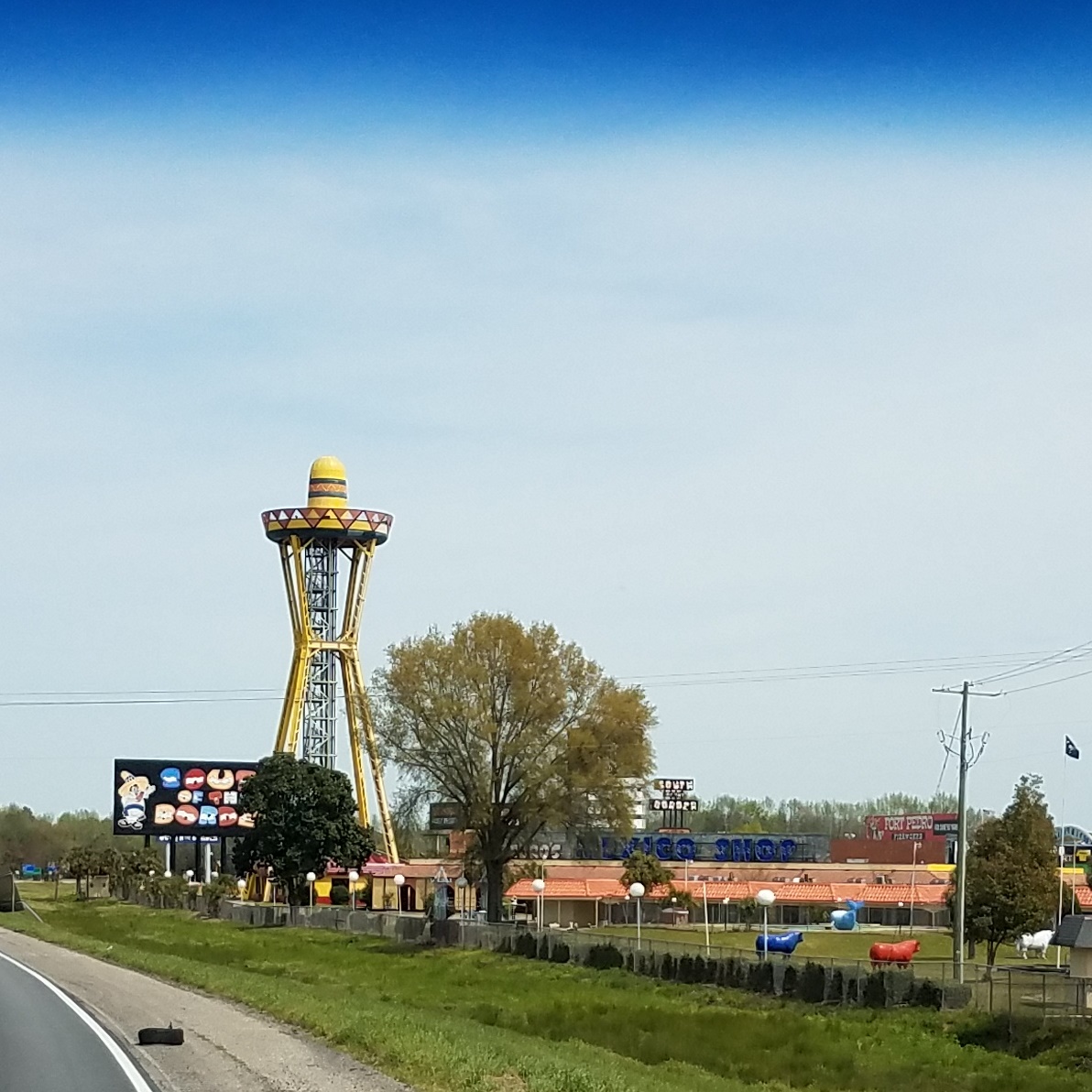 Tuesday started cold and wet so we decided to do inside exploration.  Fort Bragg is located here and is the home of The U.S. Army Airborne & Special Operations Museum. We spent several hours in this museum.  Some awesome exhibits.  They had a very touching exhibit of carved combat dogs to honor Wounded Warriors.  They also had several videos, one about the downed black hawk in Somalia as in the movie "Black Hawk Down".  They have the rotor from one of the downed helicopters.  We had a nice lunch and beer at the Huske Hardware House, and ordered the batteries we need from Batteries Plus, and ended the day with a grocery shopping stop. 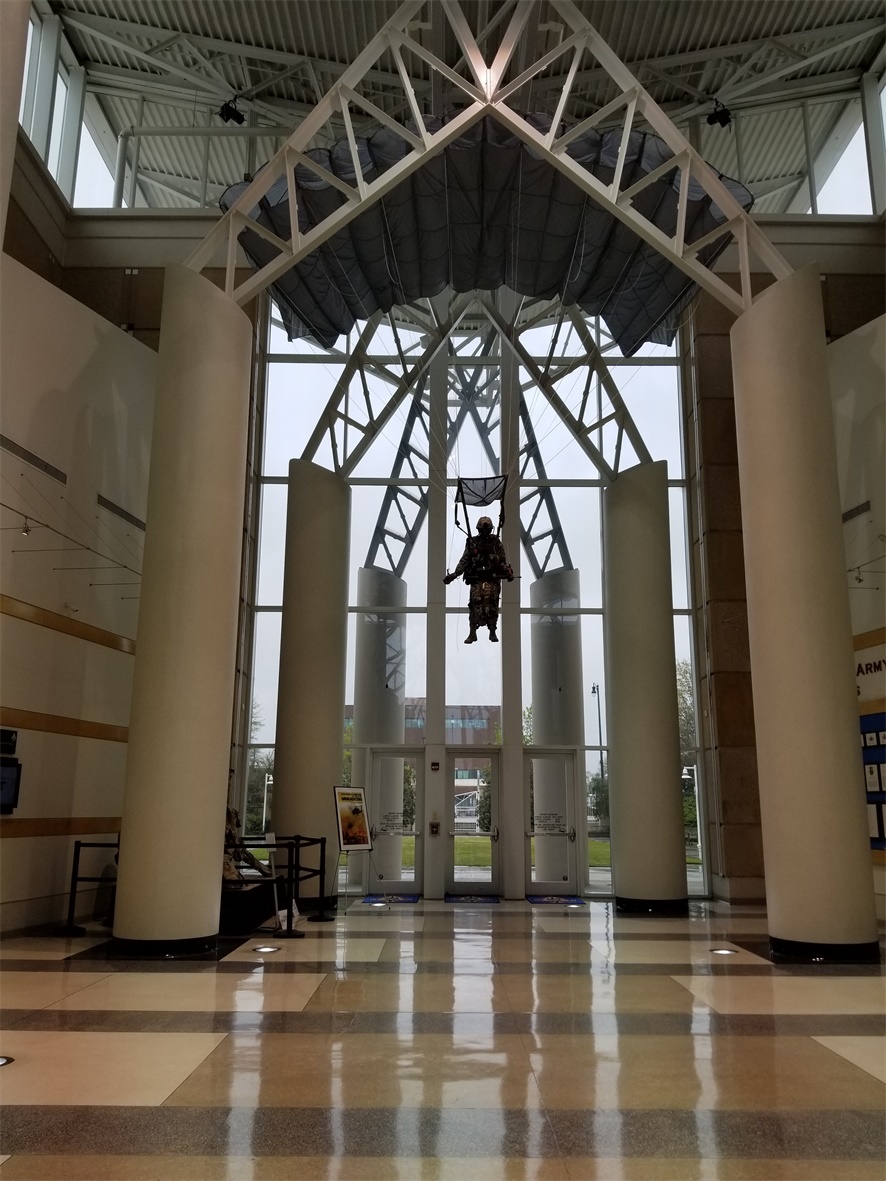 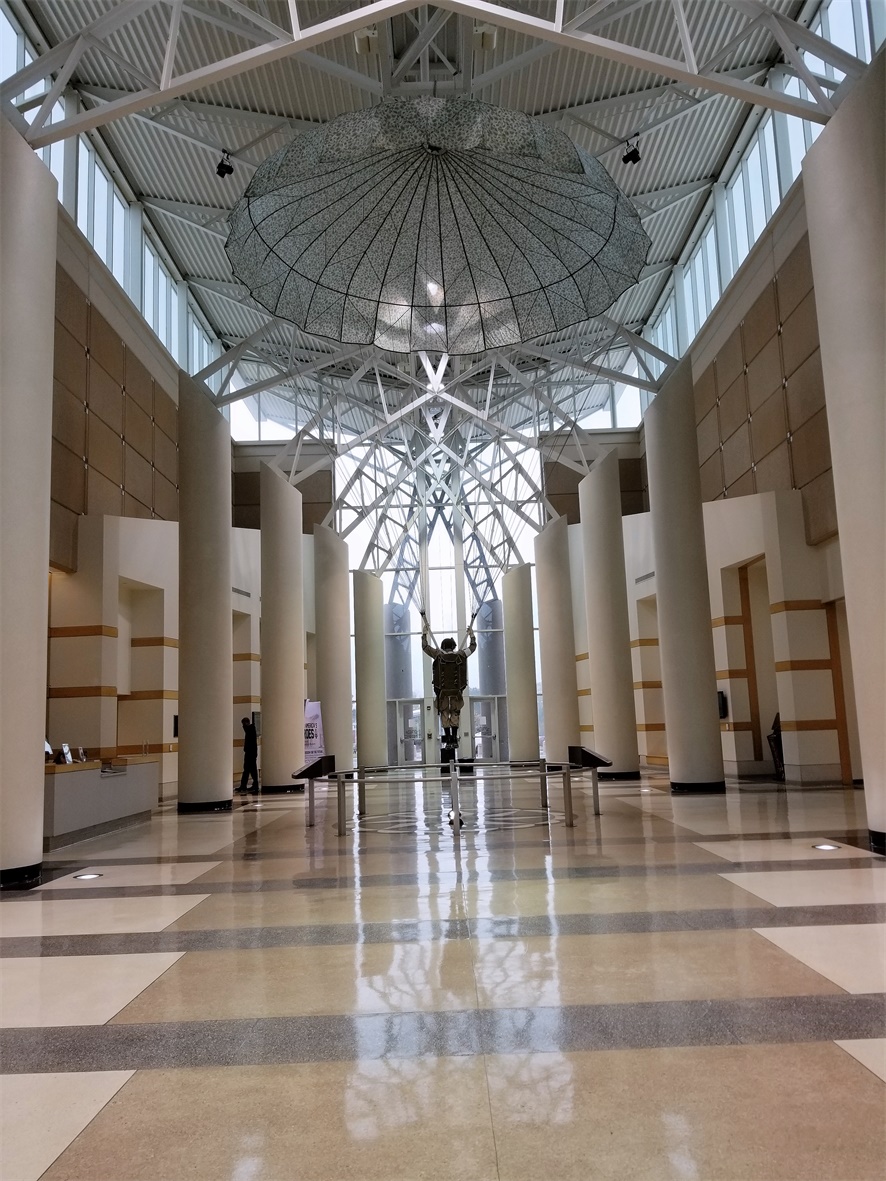 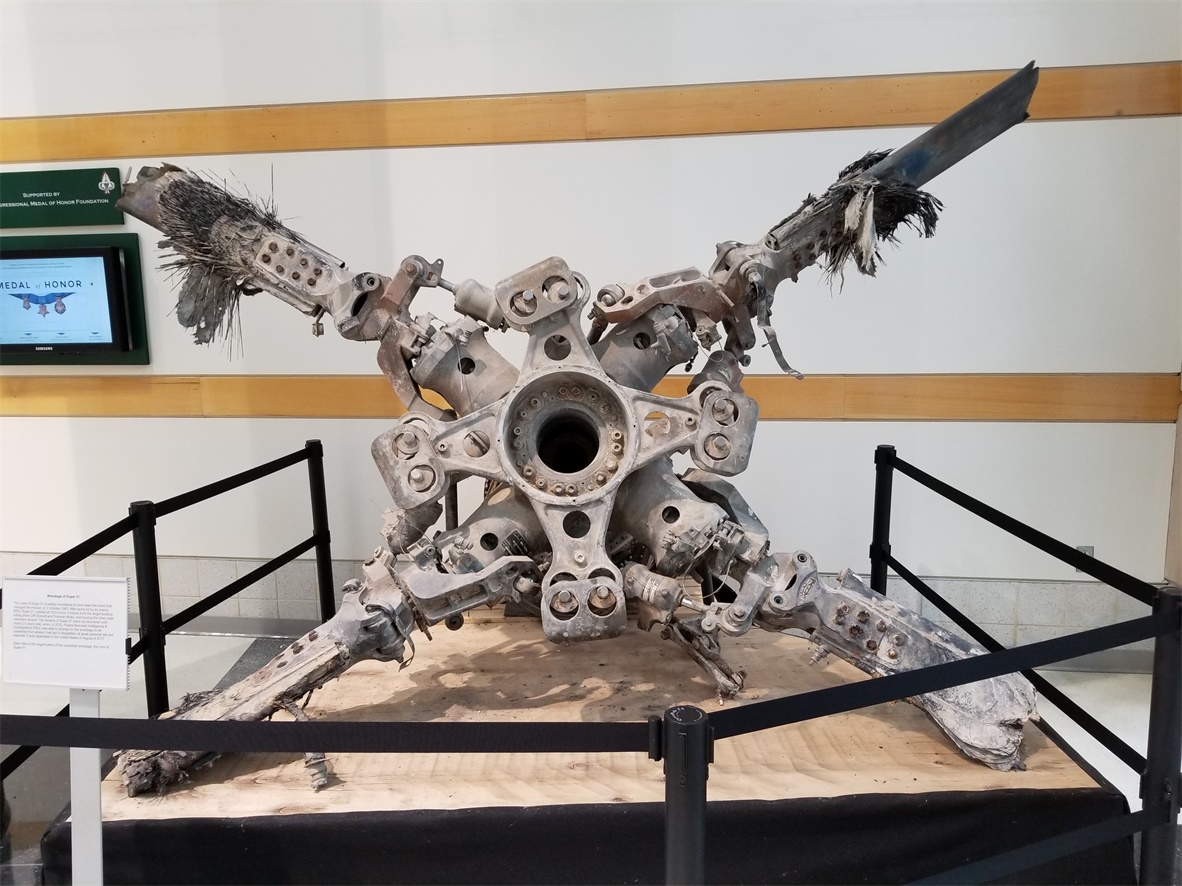 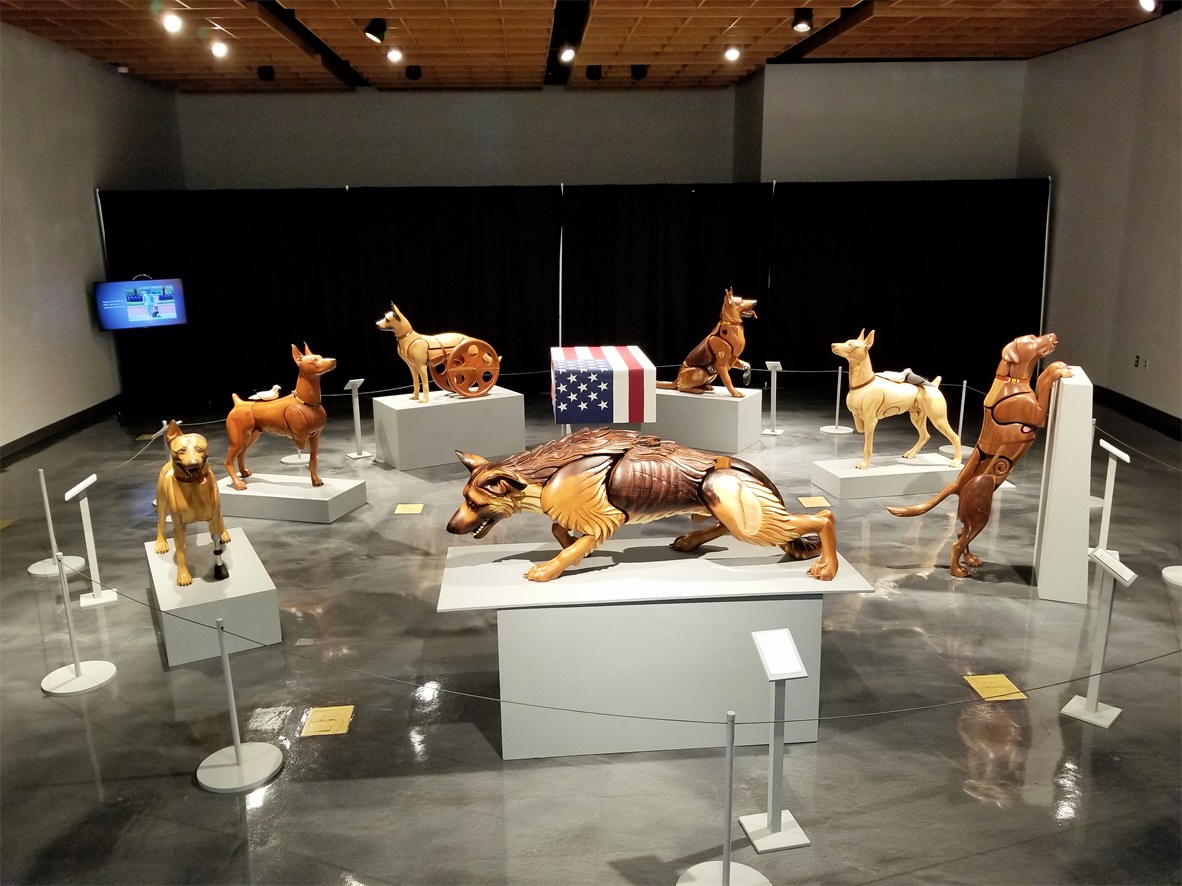 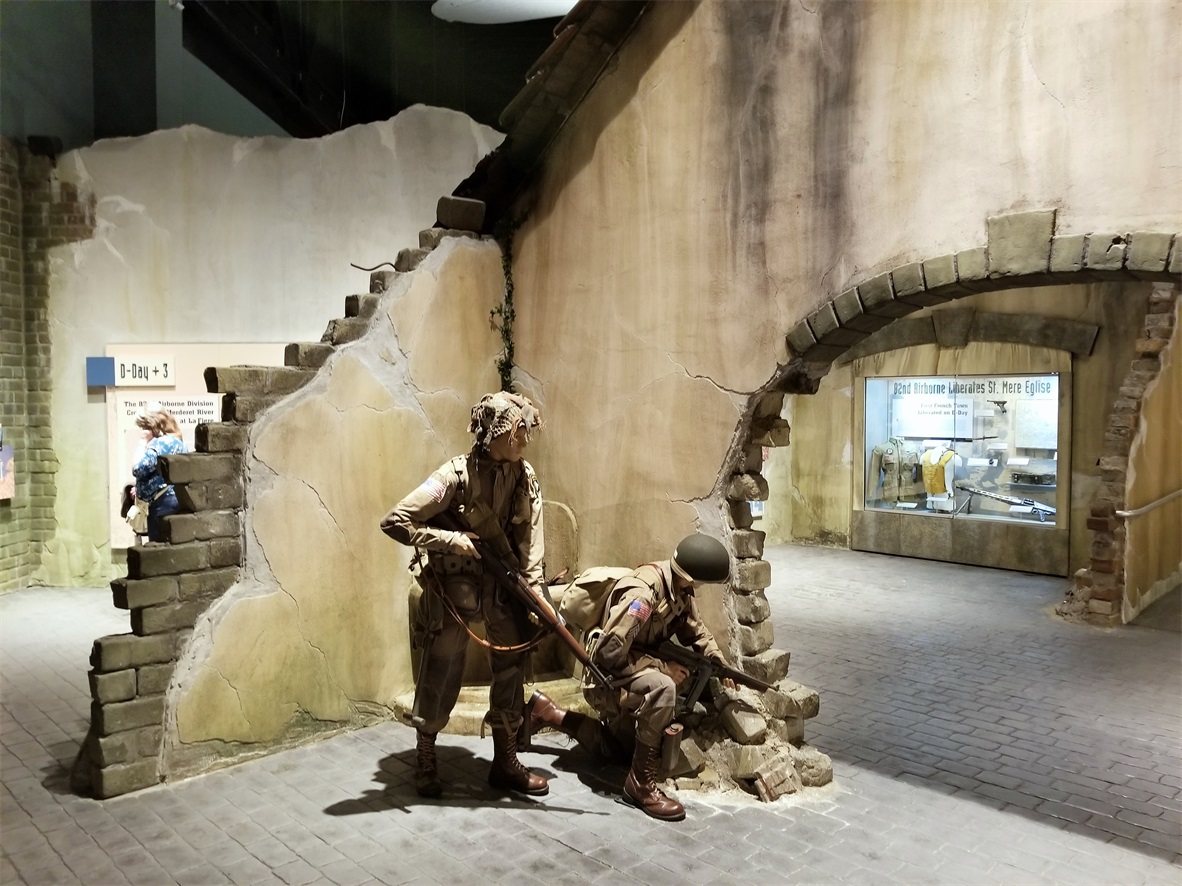 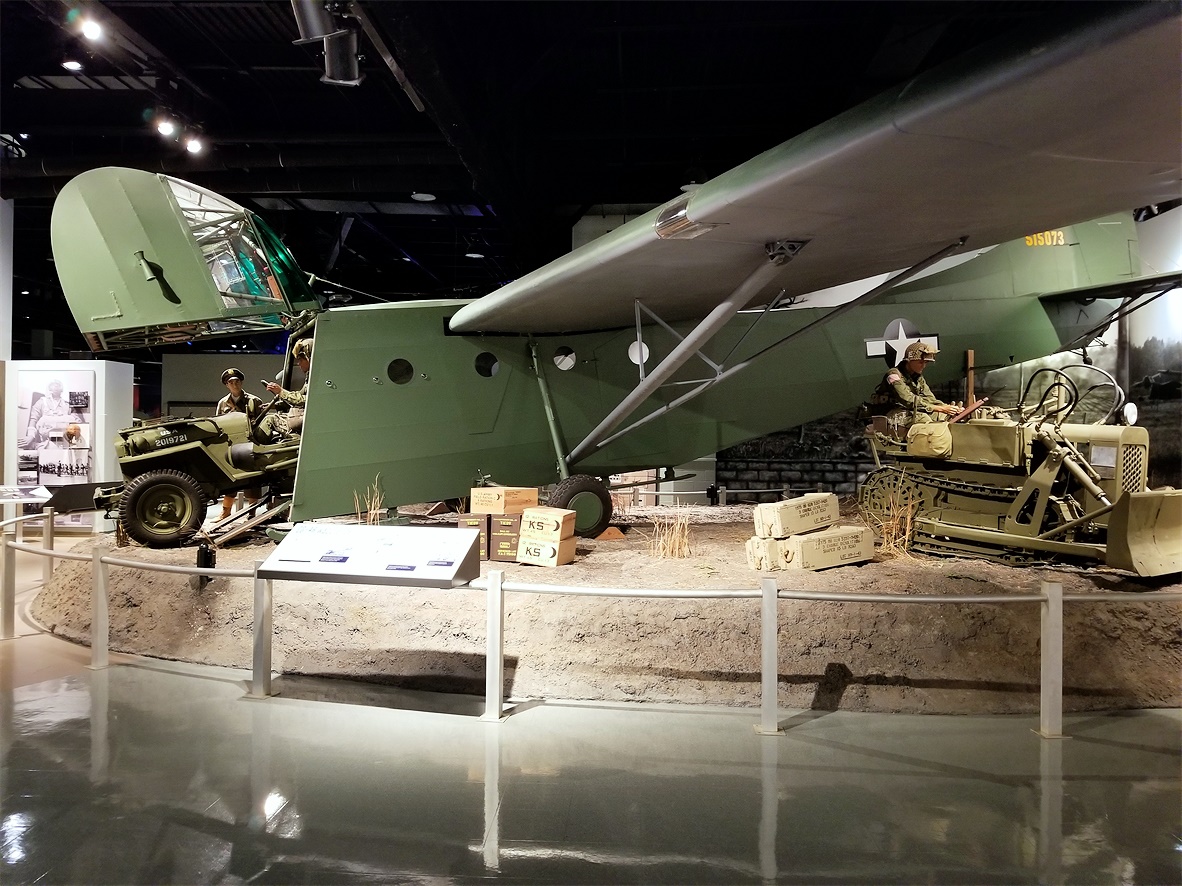 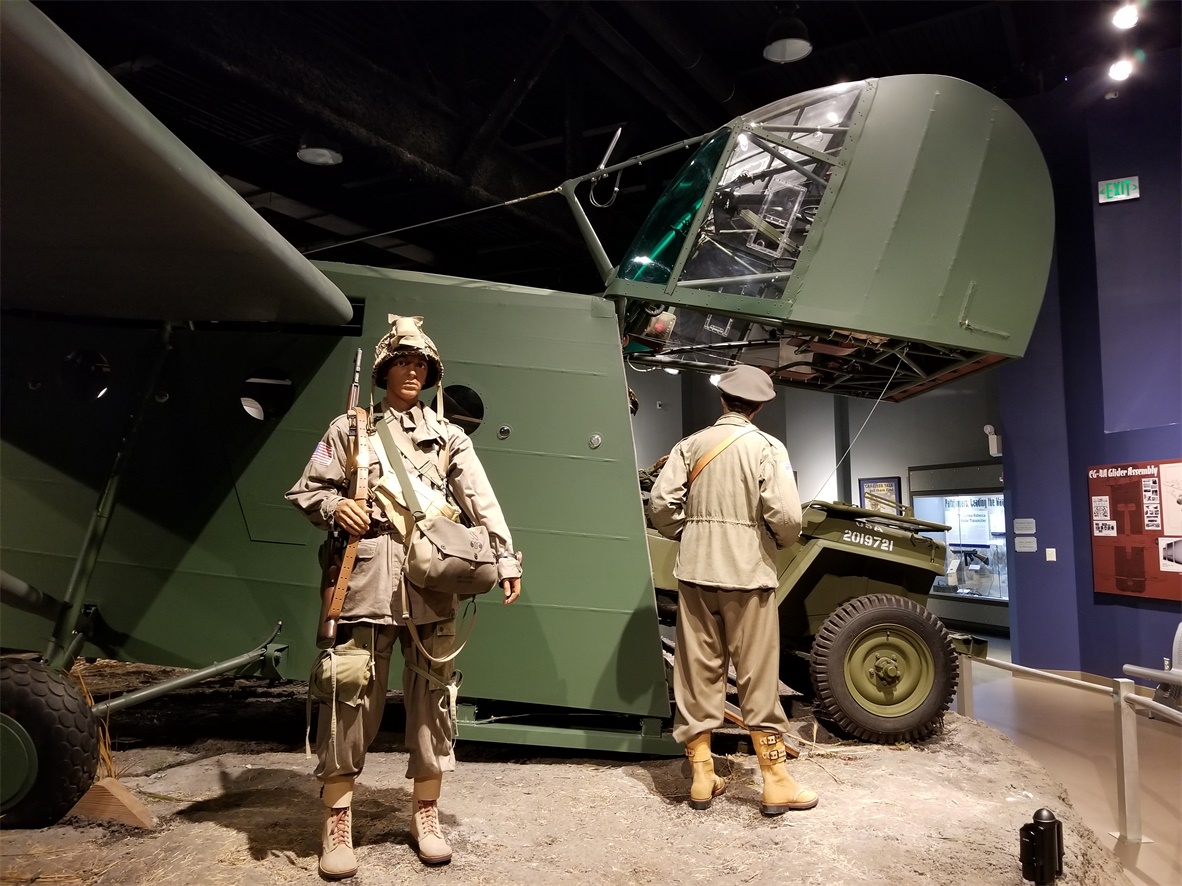 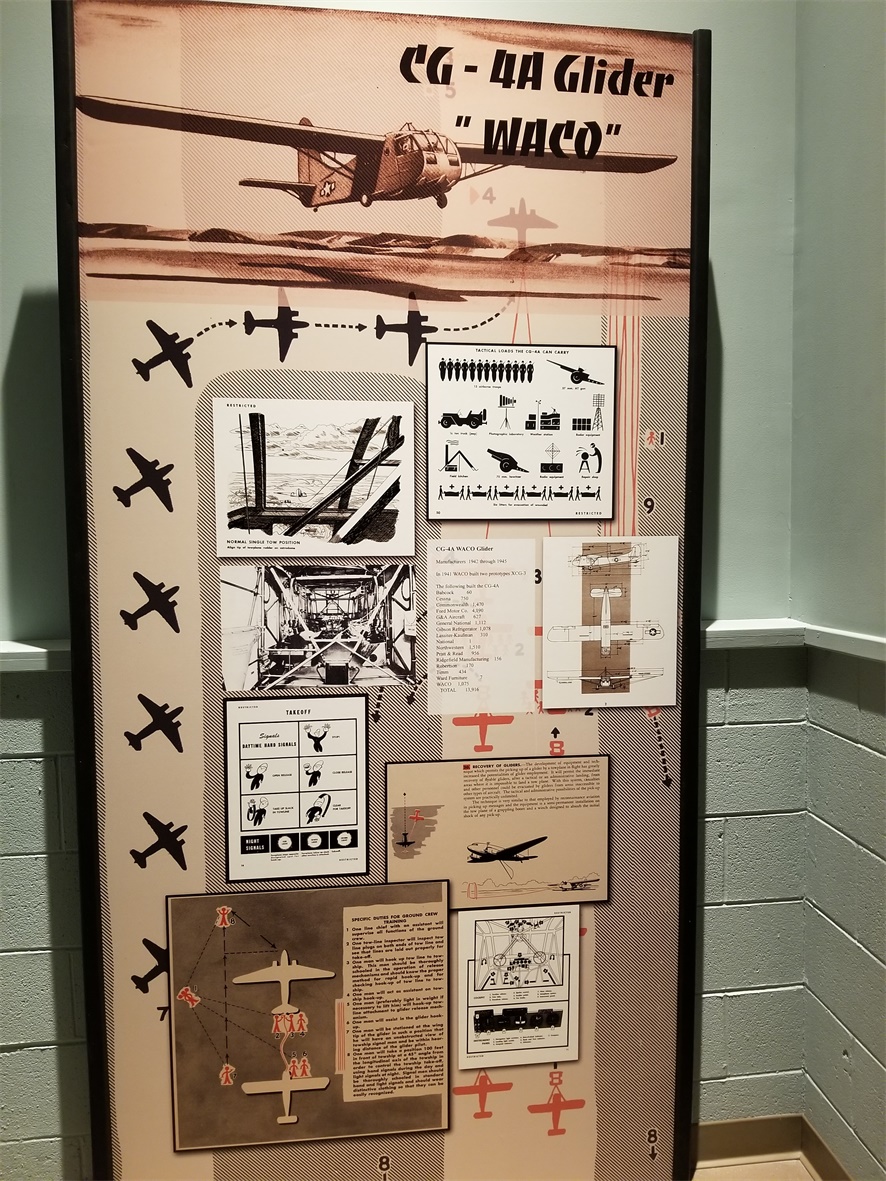 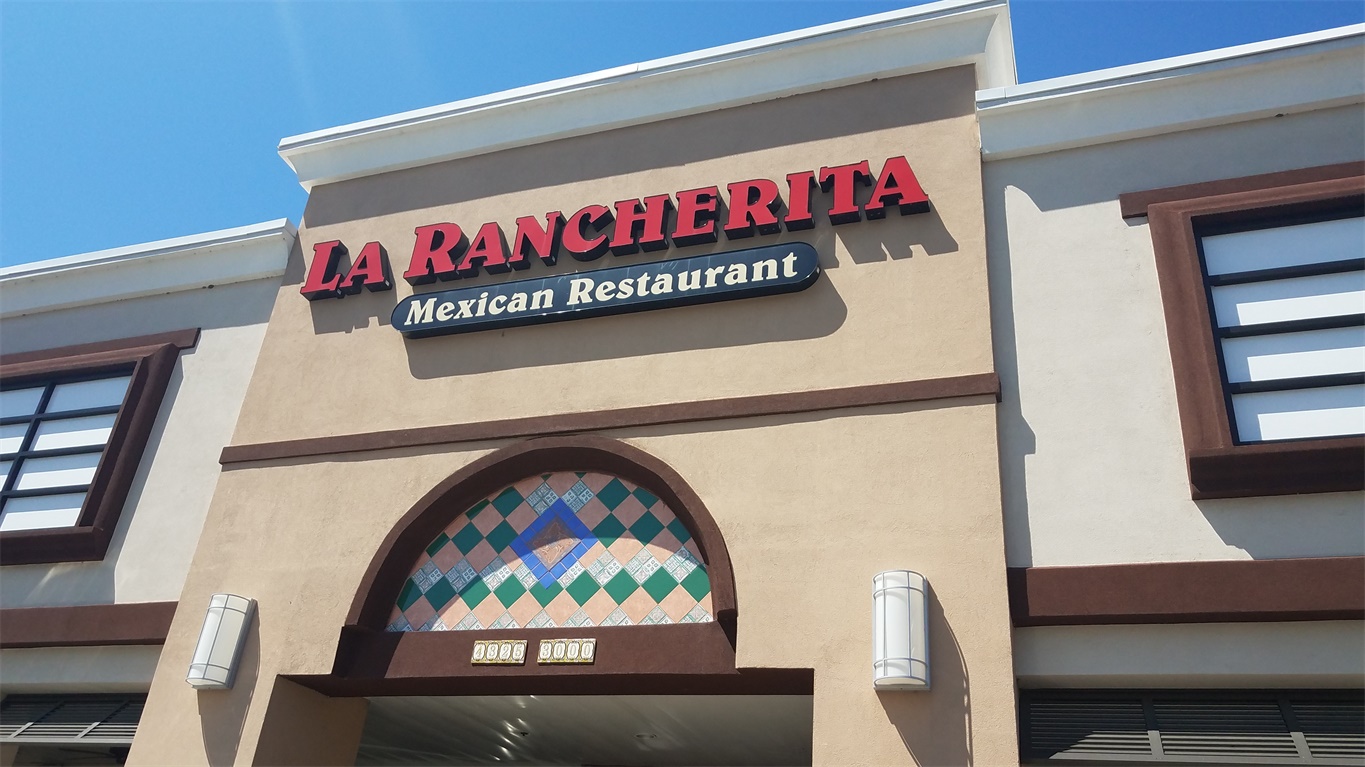 Wednesday was absolutely beautiful.  We drove to Raleigh to pickup a replacement air compressor for the coach. I needed a new portable hard drive for all my photos and web-site backup so we stopped at Best Buy while in Raleigh.  Just around the corner from the Best Buy was a really good Mexican restaurant, LA Rancherita.  I really enjoyed their food. We made it home and I kept Elard company while he disconnected the old compressor and prepared to install the new one... Unfortunately, the new compressor was broken.  We should have unpacked it first I guess, lesson learned.  So Elard had to re-install the old compressor.  The problem is that it is not putting up enough presser to maintain all the air systems on the coach.  The coach uses air for the leveling system. I was able to get in contact with a Grainger representative who successfully got another on the way to us, overnight to our RV park. As well as getting us return authorizations for both the two "bad" compressors. Great service.

Thursday was a success.  We drove around a bit and saw some really beautiful dogwoods blooming.  The dogwoods are everywhere, they have a festival here at the end of April, too bad we won't be here to see it.  We stopped at Sandpiper Seafood Buffet restaurant for lunch.

The new compressor reached us by 1:00 pm.  This time, having learned our lesson, we inspected the the new compressor BEFORE removing the old compressor. Of course when I say we, I mean Elard!  Elard got the new compressor installed successfully but it doesn't seem to be getting to the presser we think it should be getting to. I guess more research is needed.  It is always something right?!  We did get some help lined up for changing the batteries out Friday, we could do it ourselves but these things weigh 75 pounds each and are definitely NOT in the most accessible location. 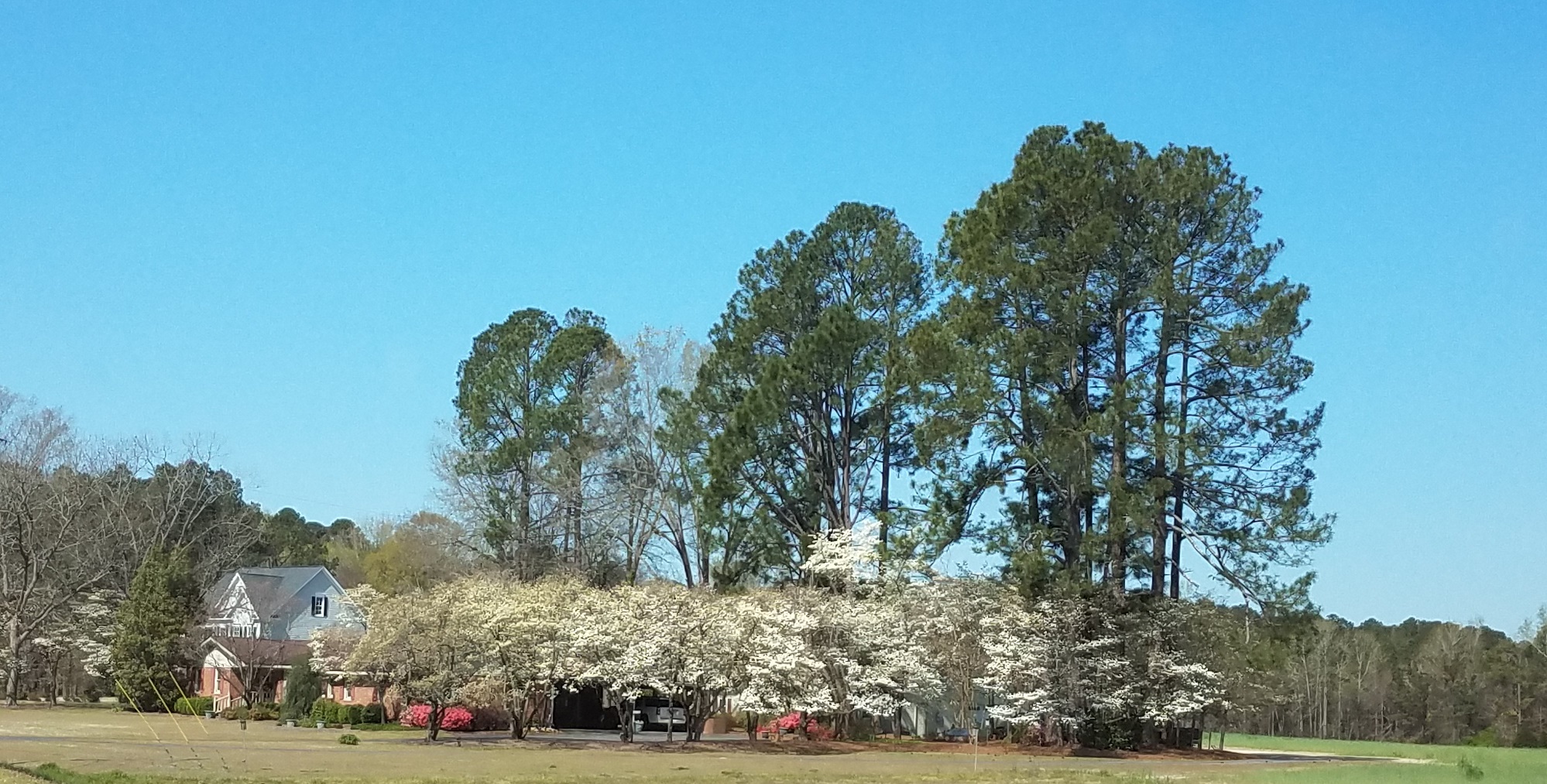 Of course Friday it was raining again! We were able to get the two "bad" compressors to the FedEx office before noon and Elard found a neat little hole in the wall restaurant called Bubba's BBQ.  The food was good and they have all these cute little pigs everywhere.  It looks like how I imagine "The Busy Bee" from Craig Johnson's Longmire book series would look, only with pigs instead of bees.  Since it is raining we will wait till Saturday to get the batteries switched out. 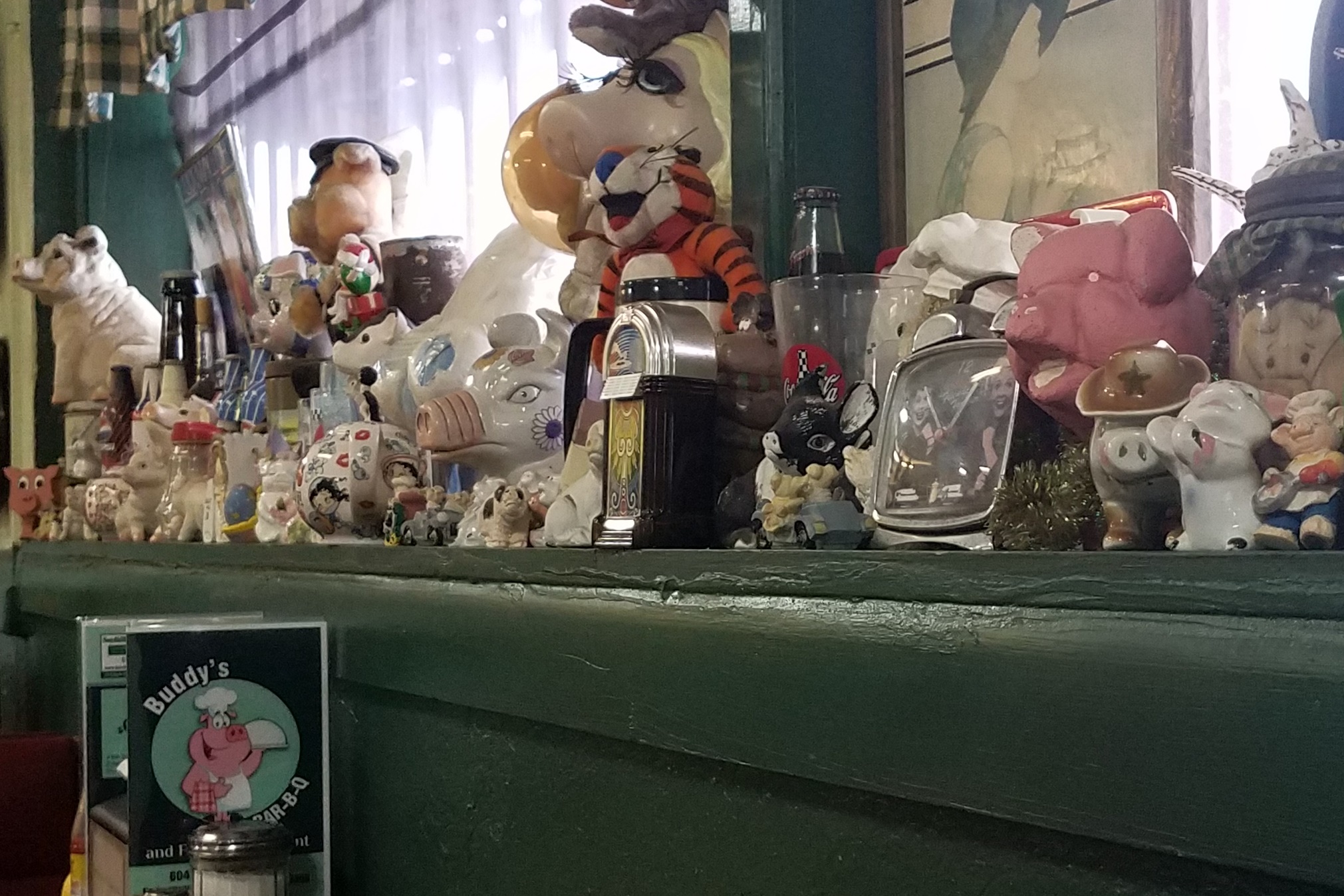