Sunday, laundry and blog posting. I had gotten behind on my narratives and photo editing but I'm all caught up now.  I also spent some time on the patio trying out the new outdoor propane heater that I bought yesterday.  It is a Mr. Heater 4K-9K BTU heater that runs on those little 1 pound propane bottles. It worked great as long as the wind wasn't blowing to hard. It is much smaller that a fire pit and there is no smoke to deal with. We drove into Guntersville for a late lunch at The Brick. The wings were good.  We spent the evening enjoying all our TV shows.

Monday, I slept pretty late.  Our exploration consisted of a drive up to Scottsboro to the Unclaimed Baggage Center.  In 1950 Mr. Doyle Owens borrowed $300 and a pickup truck and drove to Washington D.C. to buy a load of unclaimed baggage from Trailways Bus Line.  He then sold the contents on card tables in an old house. He sold everything and knew he was on to something. It was fun to stroll around to see what we could find.  There was an emerald pendant I almost bought. They also had an emerald and diamond tennis bracelet for $14,000. The lady helping us said they had a Rolex once and it sold within 2 hours. They had a bunce of Kindles and I almost bought one as a backup for mine.  It was a Fire HD 10 for only $40.  Elard found a hotspot like one we have so he bought it for $40.  They had all kinds of stuff but I think the quality of the jewelry surprised me the most.  It was a fun way to kill a few hours. We got an afternoon walk in as well.

Tuesday, my friend Melanie recommended Magnolia Jewelers in Arab, AL to do the bracelet repair.  They were able to fix the safety chain and they didn't even charge me. Next we met Melanie and Don for dinner.  They'd also invited some fellow OCP members, Larry and Cindy.  Once we saw them I remembered meeting them at the Branson Ridge RV resort earlier this year.  We had a nice dinner at Los Arcos Mexican restaurant.  They did a nice job with their flavor, I still needed to add some spice but it was good. And it was nice to see Don and Melanie again.

Wednesday, we stayed in.  I got the campground to let me see the inside of one of their cottages and a couple of their bunkhouses.  One of the bunkhouses would be a good place for a quilt retreat.

Thursday, it rained off and on thru the day so we stayed in for the most part. We did go try out the Rock House Eatery for dinner.  It was a nice place.  Elard had a giant pork chop and I had a pizza.  They also had some good looking steaks.

Friday, I did a little cleaning and laundry. We invited Larry and Cindy over to visit in the afternoon.  Cindy was busy but Larry joined us for a while.  It was nice getting to know him a bit better.

Saturday, we joined several other campers for a couple games of corn hole. I've never played before so I didn't do very well.  Thankfully, Elard and I were teamed up together so we weren't handicapping the other players LOL.  We drove thru a couple of nice neighborhoods that over look the lake.  The views from some of these houses were breathe taking. Then we went for an early dinner at Sakura Japanese Steak House. The food was really good and it scratched my itch for Asian food. 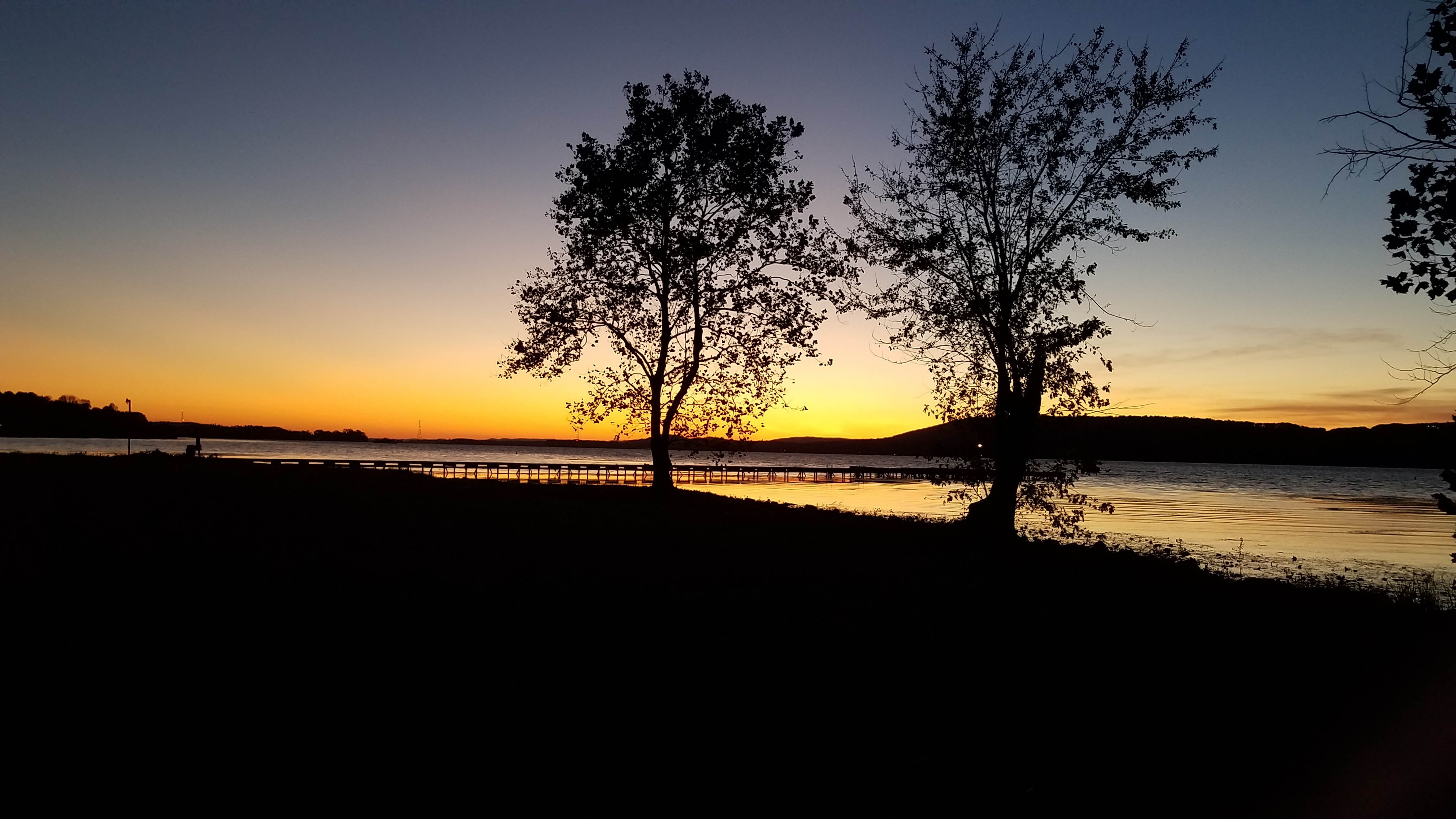 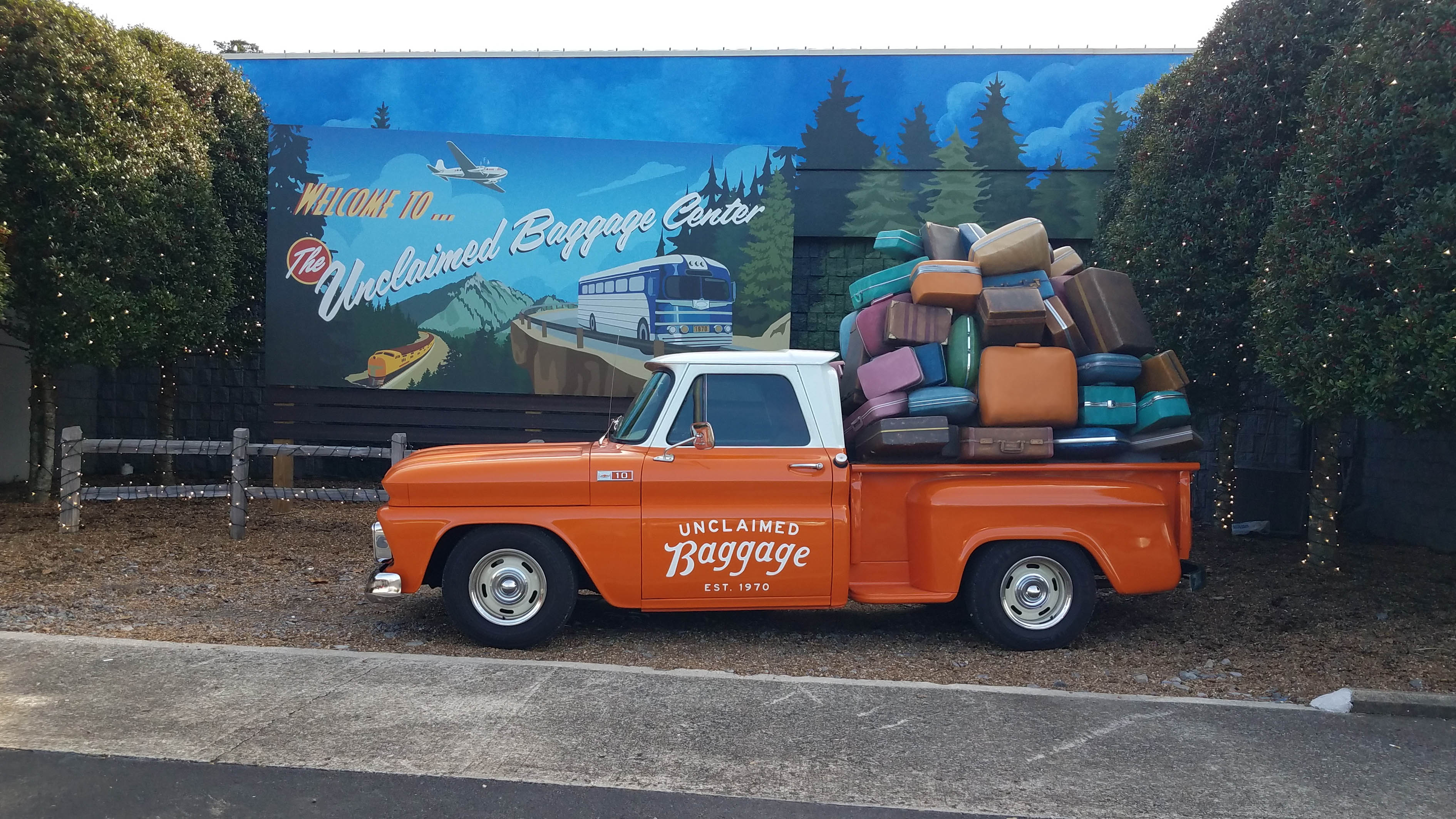